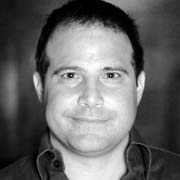 As CEO of the Light Group, Andy Masi oversees the day-to-day operations for existing Light Group venues and spearheads all new business in both the nightlife and hospitality ventures.

While attending Boston University, Masi was hired as the GM at the nightclub, AXIS. Masi soon came to oversee the marketing, operation, and expansion of Boston’s premier party district Landsdowne Street.

Masi transitioned to Las Vegas, where he was responsible for conceptualizing and marketing the successful House of Blues at Mandalay Bay Hotel & Casino.

Masi partnered with long-time friend Sasson in 2001 to develop and launch Light, the Light Group’s first venue venture, at Bellagio Resort and Casino. The Light Group now operates more than 25 F&B establishments and is currently reinventing Mandalay Bay with the addition of three new restaurants, a nightclub, and a pool club.