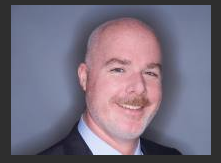 McNamara joined Hampshire Hotels & Resorts in 1999, just prior to the opening of The Time, as director of sales and marketing. Well-versed on the design and marketing aspects of the burgeoning boutique hotel market, he moved into concept development. In 2004, McNamara, in concert with Vikram Chatwal, concepted both Dream and Night hotels, overseeing design, sales and marketing efforts for these brands that would eventually become part of the Hampshire’s expansion with Wyndham Hotel Group.

A graduate of the University of California, Mr. McNamara worked for several years at the former Ian Schrager Hotels. His previous professional experience also includes positions with Oak Tree Resorts at Carmel Valley Ranch Resort, The Lodge at Pebble Beach and Clint Eastwood’s Mission Ranch in the food and beverage arena as well as with the Four Seasons and Radisson in their Rooms divisions.