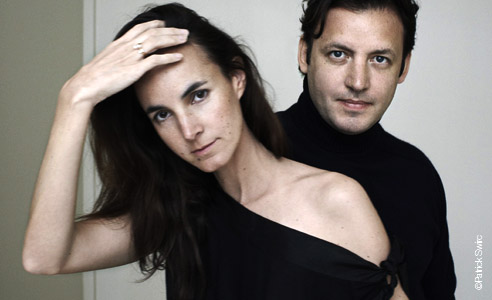 Dorothée Boissier started her career in the Paris studio of the world-renowned interior and furniture designer Christian Liaigre in 1995. She moved on to take up a key position with Philippe Starck, with whom she worked for the next nine years, specializing in interior architecture.

In 2004, Dorothée and Patrick Gilles created her own design agency – Gilles & Boissier.

Gilles & Boissier’s client list includes Baccarat and Moncler, and Ian Shrager. In 2006, Gilles & Boissier was commissioned by Hakkasan to design its first overseas restaurant in Istanbul. Since then, the firm has worked on all the company’s international openings to date: Miami, Abu Dhabi, Mumbai, Dubai, and New York. It has also worked on three U.S. Hakkasan projects in Los Angeles, San Francisco, and Las Vegas. Other restaurant projects include the Michelin-starred Troisgros in France, Buddakan in Wakiya in New York City, Maison Boulud in Beijing’s Legation Quarter Shanghai Branch of South Beauty’s Lan Restaurant, and La Villa and Mini Palais in Paris.