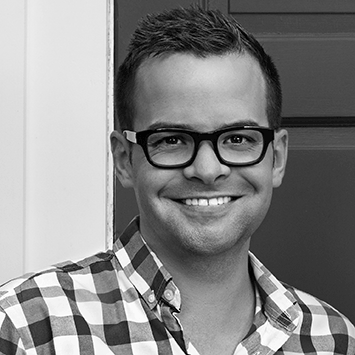 Kevin O’Shea journeyed a varied road before becoming co-founder and creative director for Salt Hotels. Following his graduation from RISD with a degree in interior architecture, O’Shea entered the world of corporate hotels. Working for Starwood Hotels & Resorts, he launched design strategies for the Le Meridién in 2006, and later joined the corporate design team for Morgans Hotel Group. After designing projects for Morgans such as the Hudson Hotel Sky Terrace in New York and the Agua Spas in both Arizona and Los Angeles, O’Shea launched his own interior design studio, Kevin O’Shea Designs.

O’Shea purchased a historic 15-bedroom inn in Provincetown, Massachusetts with his partner David Bowd in 2011, and named it the Salt House Inn. The hotel has received numerous accolades since the purchase and inspired the duo to expand the brand. O’Shea and Bowd launched Salt Hotels, a series of boutique properties that approach the traditional bed and breakfast with a contemporary eye. The brand presently operates three properties in the US.

Provincetown is also home to another of O’Shea’s well-known projects, the 64-seat restaurant Joon Bar + Kitchen, which opened after a complete renovation in 2014.