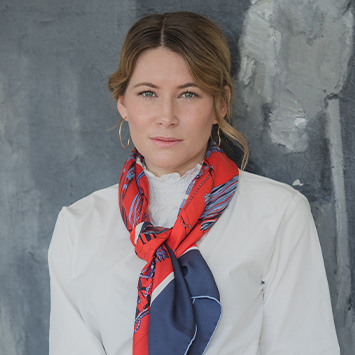 Kristen Cochran began her career in Houston, Texas, where she worked with several high-end residential design firms. She later moved to New York to follow her passion and new opportunities. New York residential interior design work led to designing boutique hotels, then a position with Starwood Hotels in early 2012.

In late 2013, Cochran joined Meyer Davis as their Senior Designer, where she worked on the 1 Hotel South Beach, Miami, Four Seasons Costa Rica at Peninsula Papagayo, and Four Seasons Houston. Five years later, Cochran accepted an opportunity with Ian Schrager as a Vice President of Architecture and Design. At Ian Schrager Company, she has been involved with two monumental openings of EDITION hotels in New York (2018) and West Hollywood (2019), while also leading the creative direction of future projects.

Kristen has degrees in Fine Arts, Interior Design and Architecture from the University of Houston. She currently lives in Greenwich Village with her husband Luke and their Siberian Husky.